The Watergate-era strategies that might win Trump a pardon. Maybe.

President Donald Trump should stop hyperventilating about voter fraud and draft a gracious concession speech just as Richard Nixon did when he narrowly lost the 1960 presidential election to John F. Kennedy.

The goodwill generated by such a gesture will be sorely needed if Trump embarks on his next possible scheme, obtaining pardons for his friends, family and, most importantly, for himself. If he fails in this task, his future water view could be from a cell on Rikers Island rather than his Mar-a-Lago estate.
A presidential pardon is a kind of legal magic wand capable of providing complete immunity from all past and present federal crimes charged and even uncharged, depending upon the wording of the pardon. A full pardon essentially forgives a crime and eliminates all of the punishments, penalties and disabilities that flow from it. It does not provide immunity or forgiveness for future crimes. All 50 states have varying pardon procedures in their own laws. 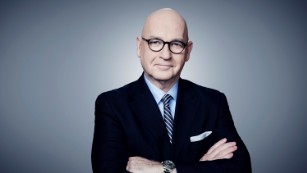 BREAKING: ‘I left PDP because of injustice’ –Umahi finally confirms defection to APC

I’m a conservative who believes systemic racism is...

On vaccination, our duty to one another and...

The Big Question: Can Nigeria Be Saved?

Nigeria and the challenge of Christmas

Arrest Nigerian IG of Police for Crimes Against...

Amy Coney Barrett a perfect choice for half...

Lovers and haters of Nigeria

Federalism and its quaint Nigerian version

Our very own dear country, Nigeria!