Airports are now open for local and international flights and it’s such a relief to be able to fly out to different destinations yet again. There is no doubt that many people will be excited about the opportunity this offers; the sheer joy of seeing other parts of the world after months of lockdown. For travelers through the Port Harcourt International Airport, it is a whole new experience as they get to experience the airport like never before, all thanks to the collaborative efforts of FAAN, China Civil Engineering and, Spacefinish. 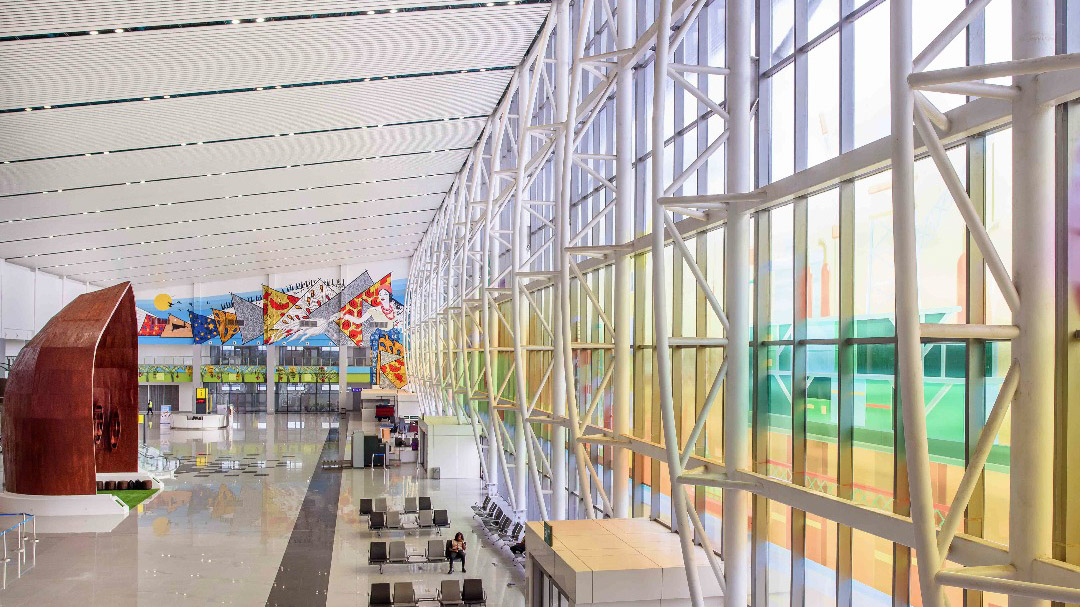 Spacefinish which prides itself as a design company reimagining spaces to improve the quality of lives for humans is known for the design of some of the continent’s most iconic workspaces like the first Google Developer Space in Africa, PwC Experience Centre, Andela’s Epic Tower amongst others.

In designing the airport, Spacefinish seeks to leave a lasting impression on all travelers by incorporating designs that highlight local culture and various aspects of the lives of the people of Rivers State. According to the design team, “some of the questions posed at the beginning of the project is how do we tell rich stories of Port Harcourt and River state and how do we leave a lasting impression on the minds of travelers?” 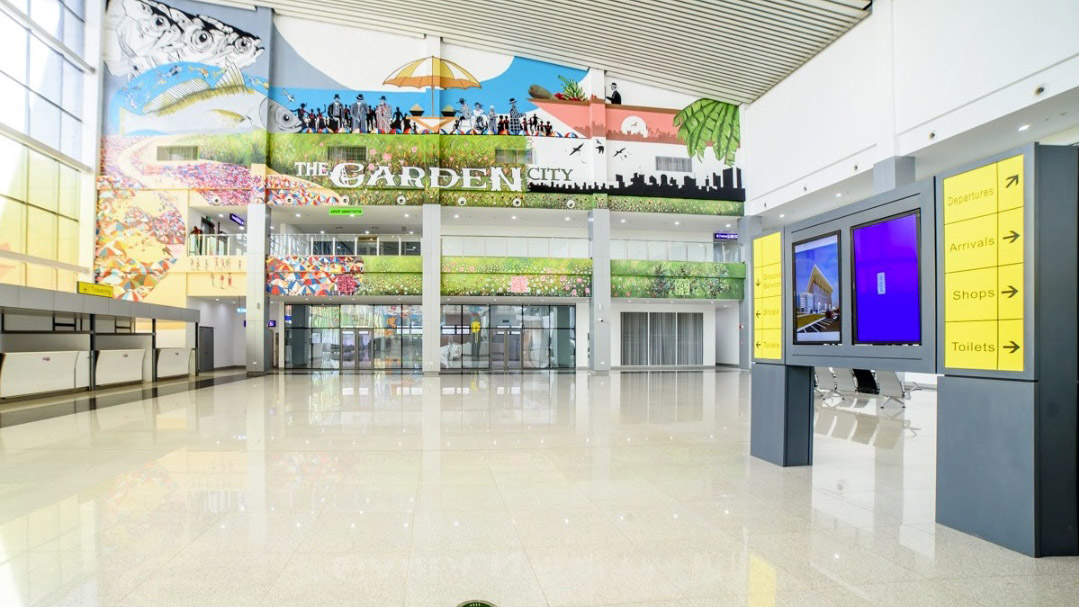 With the Garden City-themed mural.

“Port Harcourt is a beautiful city that has had its share of negative media attention. So we thought of ways to bring together different iconic parts of the city to create a unifying theme of the Garden City which Port Harcourt has always been called” 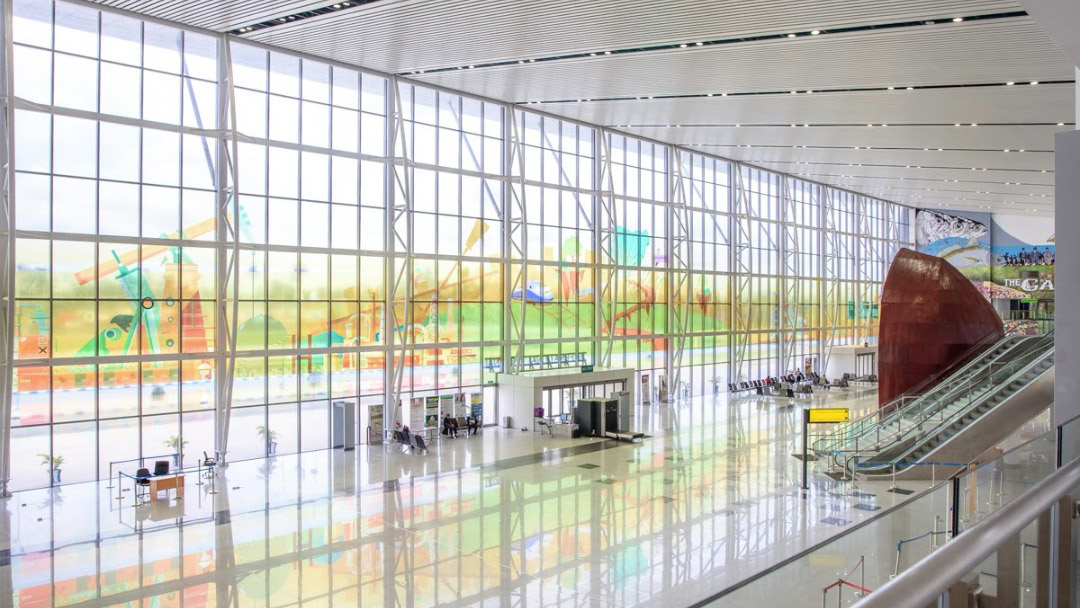 In the mural, you’ll see the Mile One market with its colorful umbrellas, the people of Port Harcourt with their resplendent attires, and the greenery of the land, all reemphasizing Port Harcourt as the Garden City.

Opposite the Garden City mural is the Fish-Woman – a celebration of the rich and diverse cultures of Rivers State. Rivers State has over 10 ethnic groups that have co-existed peacefully for centuries, sharing a common interest in fishing as a favorite pastime. This mural at the Departure Lounge pays homage to this inherent reality. 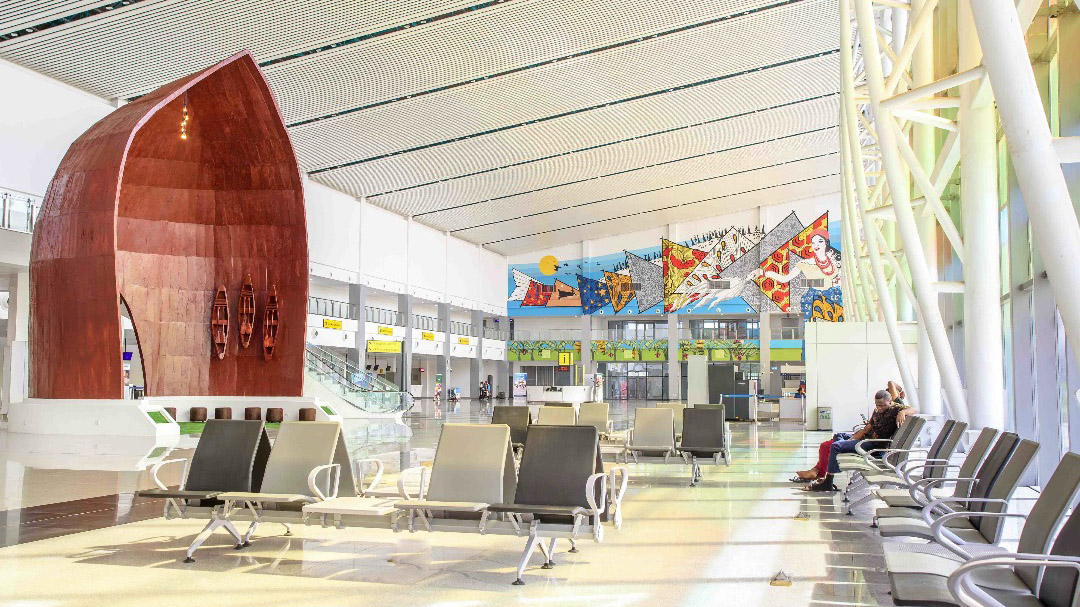 Leaving a lasting impression on the minds of travelers?
The Floating Fisherman, one of Nigeria’s largest art installations ever, overlooks the executive lounge of the airport. The art installation is suspended 20ft in the air featuring over 700 canoe paddles, 3 lifesize boats, a 9ft fisherman casting a fishing net the size of a volleyball court, and a school of fishes swimming with a 20ft silver shark. The installation mirrors real sea life and it is an allusion to a favorite pastime of Riverians which is fishing.

The Towering Boat is an exaggerated life-sized boat that celebrates a lifestyle predominant in Rivers State. The boat also serves as a thoroughfare in the Departure terminal of the airport, and also a temporary seating area with movable furniture provided around its perimeter. 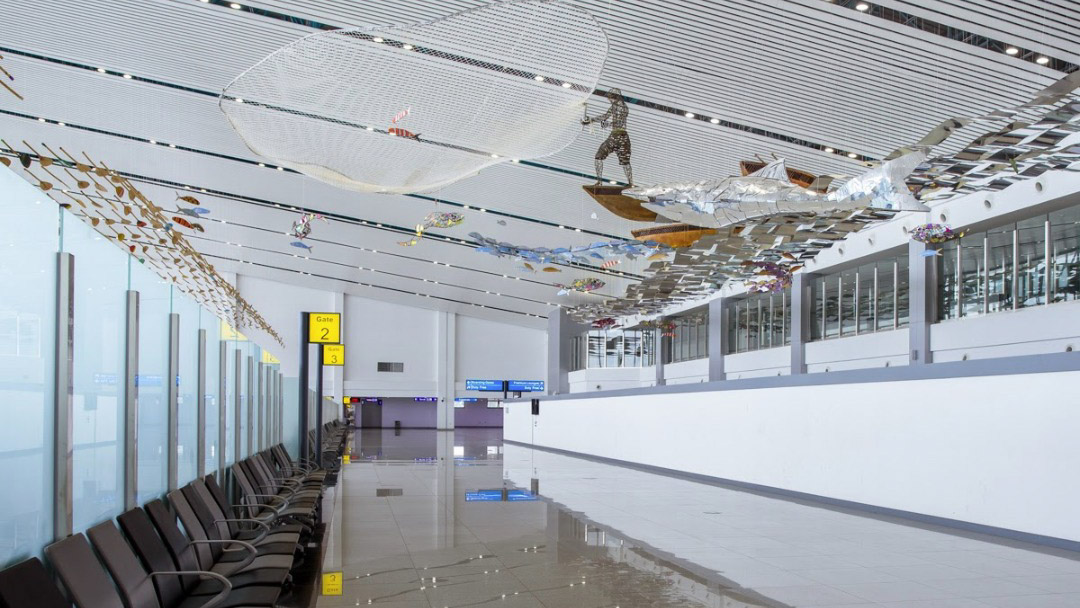 Airports are sometimes the first and last points of contact for travelers and Spacefinish has ensured that travelers through the Port Harcourt airport have something of the city to take along as with them as they travel. The design company is also currently working on the Lagos International Airport and is expected to deliver yet another masterpiece project very soon.

Smart cities are the next step for urban...

Re-creating Tourism In An Age of Digital Disruption,...

THE TRAVELLER’S GUIDE TO THE MOST VIBRANT FESTIVALS...