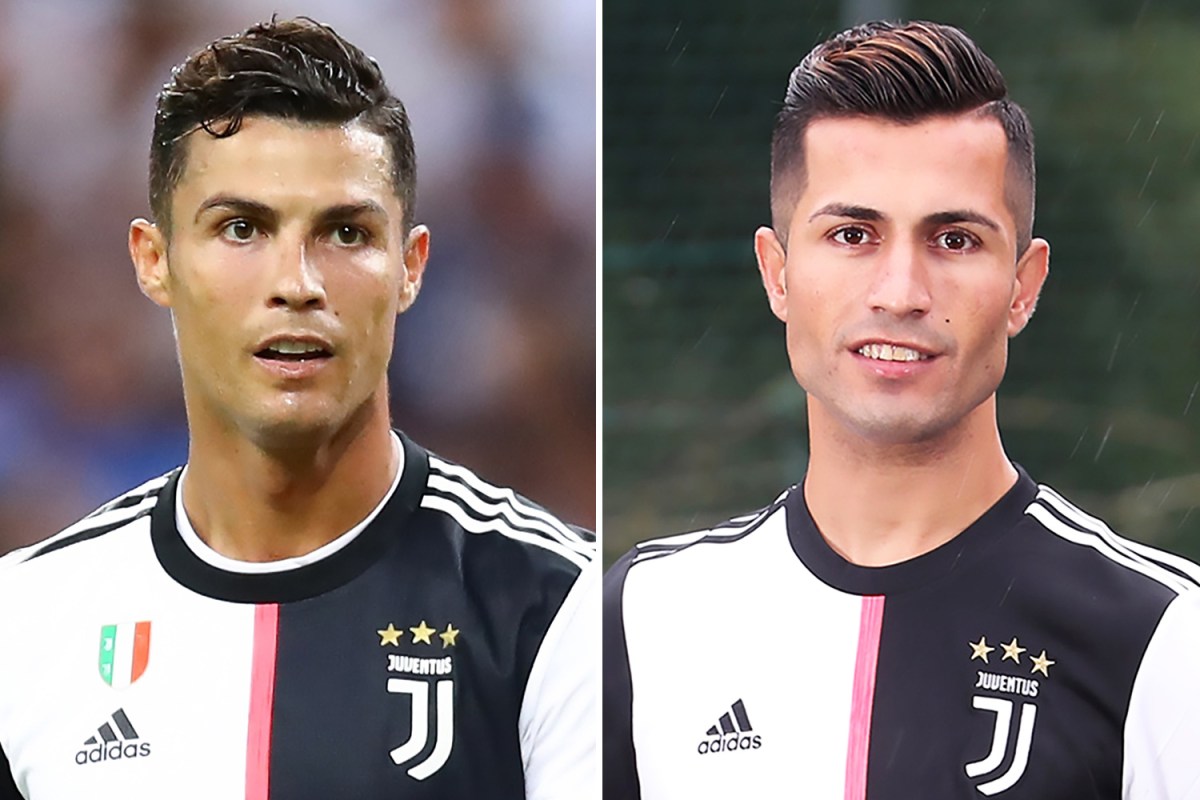 A FORMER construction worker has been attracting global attention due to his striking resemblance to Cristiano Ronaldo.

Biwar Abdullah, 25, left Iraq in May after became somewhat of a local celebrity due to his likeness to the Portuguese forward.

The superfan, who came to England for a better life and to continue his manual labour work, was spotted by a local shop owner, Shane Douglas, 35, who noticed how much he looked like the five-time Ballon D’Or winner.

Since then, the pair have struck up a friendship and Shane plans to represent Biwar and turn him into a full-time Ronaldo lookalike in the future, appearing at parties and events when called upon.

Shane said: “He was walking past my shop in a Juventus shirt and he caught my eye, I thought it was Ronaldo at first and ran out.

“At the time, I had a copy of Fifa 19 in my hand, which has Ronaldo as the cover star – I looked at it and compared it with Biwar, I couldn’t believe the resemblance.

“I stopped him and said he looks exactly like him and that with the right help and contacts there could be future in this for him, I just can’t believe no one has thought to help him before.

“He told me people have already noticed him walking around town and he gets shouts of Ronaldo wherever he goes.

“It helps that he is such a fan and loves football, so when people see him – he’s often in his favourite Juventus shirt which makes him look even more like his idol.”

Biwar, who lives in Derby, has followed the Portuguese star since he began his career at Sporting Lisbon as a teenager.

Despite not having a club, when he does play football, he chooses the same position as his idol and instead of supporting a team, simply supports Ronaldo wherever he goes.

Biwar is often keeping up with the trends, changing his hairstyle to suit the striker and buying similar clothes and football kits to him.

He hopes to gain enough media attention to one day meet and maybe even play football with his hero.

Biwar told The Sun: “I am Kurdish, from northern Iraq, when I am at home I get a lot of attention, people stop me in the street and they ask for pictures, I don’t mind it, I always stop for people.

“Most think I am Ronaldo straight away, it’s a nice feeling, I wish I had half the skill he does.

“I do play football, I play in the same position as him and I wear the number seven shirt – just as he does. My dream is to one day meet him.

“Wayne Rooney has just signed for the local side – Derby County – so maybe he wants to link up with me as Cristiano is currently busy playing in Turin.

“I’m thankful to be in the UK and I am happy to have met Shane who is helping me to now achieve my dream, I’m just looking forward to seeing where this adventure takes us both.”

The pair have both said they are planning to have fun with Biwar’s looks, pulling pranks around the country and even attending football games on match days to spook fans into believing their club have signed the real Ronaldo.

All the companies that paused working with Huawei

How many extra Champions League places will be...

Robert Lewandowski admits he is ‘open to EVERYTHING’...

We will take revenge on Senegal – Salah...