AFCON 2019: 5 Biggest Flops of the Tournament

The 2019 Africa Cup of Nations has come and gone and the biggest winners have taken their prizes home.

Algeria, the ultimate winners, claimed the AFCON title by beating Senegal in the final. Heartbroken and dejected, the Teranga Lions were consoled with the Fair Play Award.

But the Best Player of the Tournament went to Algerian youngster Ismael Bennacer.

The continental championships also witnessed another group of stars and heroes from whom much was expected but less was seen. These are the ones who have taken up their places on the tournament’s flop list.

The hosts, at kick off, were the clear favourites. The Pharaohs are the most successful nation at the AFCON with seven titles.

Egypt had also won Africa’s biggest prize in three of the four times it had hosted. And boasting a world class Mohammed Salah in their ranks, the CAF Cup did not look like it would be leaving Cairo at the end of the day.

Three wins out of three in the group stages and everything seemed to be going according to plans. Until South Africa showed up in the Round of 16 and dumped the 2006 winners out of their own tournament.

Barely a year ago, the legendary Dutch midfielder took over as the coach of Cameroon. The former Real Madria star had a singular objective: help the Indomitable Lions defend the title they won two years ago.

Cameroon have sacked coach Clarence Seedorf and assistant Patrick Kluivert after crashing out of the Africa Cup of Nations in the second round. #TotalAFCON2019 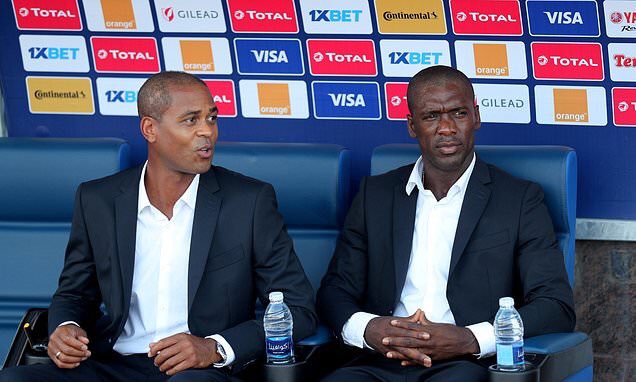 19 people are talking about this

The 5-time champions made it past the group stages despite their unconvincing displays. However, the second round provided a challenge too great for Seedorf and his men to overcome as Nigeria knocked them out in a five-goal thriller.

Days later, the coach and his assistant Patrick Kluivert – another Dutch great – were sacked from their posts.

The Moroccan was outstanding during the regular European season. His numerous goals and assists propelled Ajax to the semifinal of the UEFA Champions League and helped the Dutch outfit reclaim the Eredivisie trophy from arch-rivals, PSV.

Thus the 26-year-old was the undisputed star in a Morocco team managed by serial-winner Herve Renard and tipped as one of the championship favourites.

The group stage matches were navigated without hitches. A most favourable tie surfaced in the Round of 16: Morocco vs Benin.

TO THE QUARTERS #MARBEN 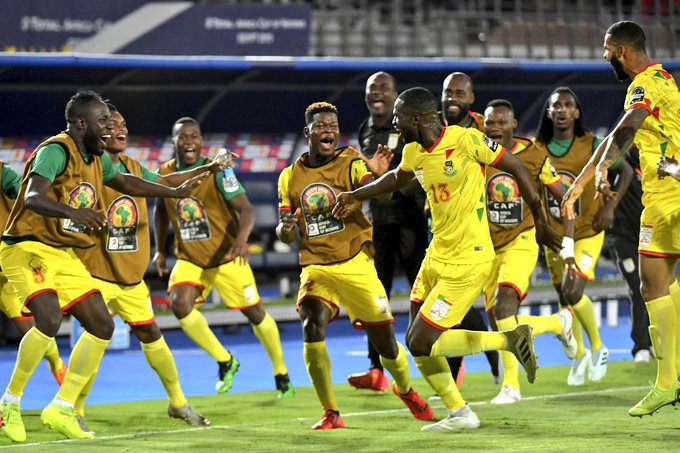 34 people are talking about this

Not much was expected from an opponent who had never gotten to that stage of the competition before. Yet the Atlas Lions could not get just one goal past the 10-man West Africans.

Ziyech was then gifted the chance to put his team through to the next round but the Ajax star blasted away a last minute penalty. Morocco went on to lose the game in penalties.

Hakim Ziyech having a horrible afcon in Egypt. Just missed a 94th min Penalty to take Morocco to the QF

41 people are talking about this

The Ivoirian forward enjoyed a spectacular season with Lille in France, scoring 22 league goals, second only to PSG’s Kylian Mbappe. It was not out of place then that much was expected from a goal-scoring sensation being courted by some of Europe’s biggest clubs.

Nicolas Pepe for all the hype had a below par AFCON. Shambles!

Ivory Coast exited the AFCON tournament with Pepe having scored zero goals and registering listless performances. A tournament to forget for the 24-year-old.

One common feature at the just concluded AFCON was the empty seats at the game venues.

Except for the opening and closing ceremony and the few games that the hosts played in, Egyptian fans mostly stayed away from the stadiums.

Seeing empty seats in this #afcon semi final game between tunisia and senegal. It doesn’t portray African football in a good light

When Africa’s Premier Competition is being hosted by Egypt that boasts one of the continent’s most organised leagues and most passionate fans (think Zamalek, Al Ahly etc), so much more is expected.

Whatever reason may have been responsible for the low turnout, it did not project Egyptian football in the right light.

6 Feel-Good Stretches You Should Do Every Night Before Bed