American singer, Tremaine Aldon Neverson, popularly known as ‘Trey Songz has taken a swipe at President Mohammadu Buhari over his alleged nonchalant attitude towards the call for an end to police brutality in Nigeria.

DAILY POST recalls that there had been nationwide protest against the unlawful activities of the officials from the Special anti-robbery Squad, SARS.

The protest however, attracted a lot of reactions from people all over the world with many celebrities joining the call.

Following the nationwide outrage, Mohammed Adamu, the Inspector-General of Police, on Sunday dissolved the unit, ordering all officers and men of the now defunct Special anti-robbery Squad to be redeployed with immediate effect.

He also faulted the new policy released by the IGP, stating that re-employing the same men into other offices wasn’t a good plan.

He wrote “The people saying you full of shit fam.

“Reading this article looks as though they just gon re-employ these same officers in different positions. BULLSHIT!!!” 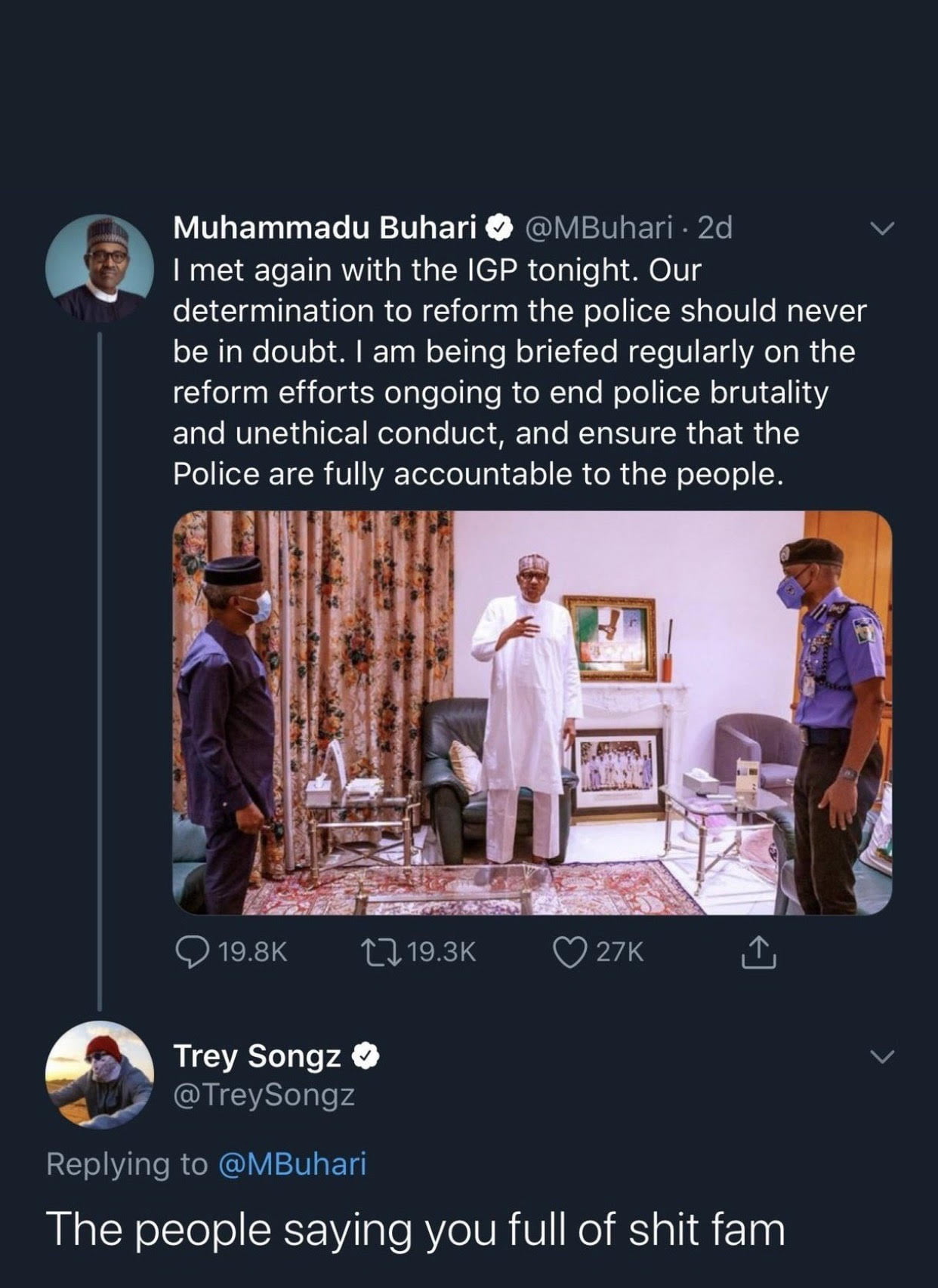 Are Will Smith and Jada Pinkett Smith Still...

8 TV Shows and Movies to Catch This...